Wally and his parents came to our firm looking for help after Wally found himself in trouble. Wally and two friends, all juveniles, were alleged to have entered Marblehead High School after school hours and to have broken into the locker of a custodian.  The incident had been captured on surveillance video. Although the video had been lost prior to the trial, the Commonwealth was allowed to introduce still photos of portions of the video, as well as testimony of the custodian and police officer who had watched the video prior to it being lost, so things were not looking great for Wally and his pals.

The situation was worse because, before Wally and his family sought legal advice, Wally had given a statement to the police, in which he admitted being present during the break-in.  I was not successful in suppressing Wally’s statement.  We had little ability to challenge the events as alleged.  However, we were able to make a defense based upon the charge itself.  The Commonwealth charged the defendant with the wrong section of G.L. c. 266, which did not encompass breaks into depositories such as lockers. Wally was acquitted at trial.

Wally was lucky that a mistake had been made in the charge, enabling us to effectively defend him. His whole life could have been changed by a guilty finding over an impulsive adolescent prank. Wally learned an important life lesson and was very fortunate to be able to put it in his past. 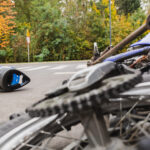